Geotechnical failures are often the result of not recognizing or adequately evaluating conditions prior to construction of a pavement system. The dominant geotechnical factor(s) for many pavement distresses is/are the stiffness and/or strength of the unbound subgrade materials. Strength indices like the California Bearing Ratio (CBR) have been commonly measured in the past as an overall indication of material quality in terms of stiffness and resistance to permanent deformation. More recent trends have been to replace these quality indices with direct stiffness testing via the resilient modulus (MR). Strength and stiffness are usually closely correlated. 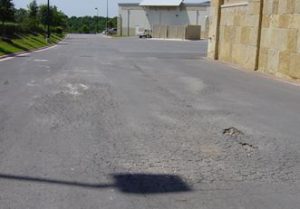 Nearly all measures of existing pavement performance are based upon observations at the surface of the pavement such as surface rutting, deformation, cracking, freeze/thaw, and failure. These all affect serviceability and ride quality. In some cases, these surface distresses are due directly to deficiencies in the asphalt or concrete surface layers; but, in many other cases, these distresses are caused, at least in part, by deficiencies from the underlying subgrade. Since pavement design is ultimately an attempt to minimize future pavement distresses and, thereby maximize pavement performance, it is important to understand how geotechnical factors impact these distresses. 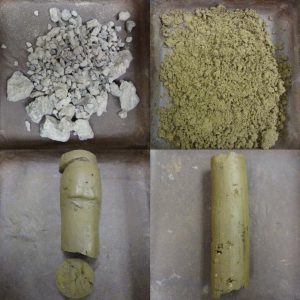 Pavement failures may occur due to intrusion of subgrade soils into the granular base, which results in inadequate drainage and reduced stability. Distress may also occur due to excessive loads that cause a shear failure in the subgrade, base course, or the surface. Other causes of failures are surface fatigue and excessive settlement, especially differential of the subgrade. Volume change of subgrade soils due to wetting and drying, freezing and thawing, or improper drainage may also cause pavement distress. Inadequate drainage of water from the base and subgrade is a major cause of pavement problems leading to future performance issues. If the subgrade is saturated, excess pore pressures will develop under traffic loads, resulting in subsequent softening of the subgrade. Under dynamic loading, fines can be literally pumped up into the subbase and/or base.

A major effect of moisture/drainage, freeze/thaw, and contamination (material from one layer intermixing with another) is to degrade the stiffness and strength of the affected unbound materials. Moisture and drainage are combined here because excessive moisture in the pavement system is often the result of inadequate or malfunctioning drainage systems. Freeze/thaw and swelling can cause heaving of the pavement surface. Erosion can produce voids beneath surface layers, causing a complete loss of foundation support.

In designing a pavement section, there are a number of factors to consider that may result in premature failure long before the performance period, most of which are related to geotechnical issues. Specifically, geotechnical failures are generally related to excessive subgrade rutting, aggregate contamination or degeneration, subgrade pumping, poor drainage, frost action, and swelling soils. There are other ancillary geotechnical issues that impact pavement performance as well. Design methods to evaluate these specific issues, along with procedures to mitigate potential problems, should be included within the geotechnical study and report findings. 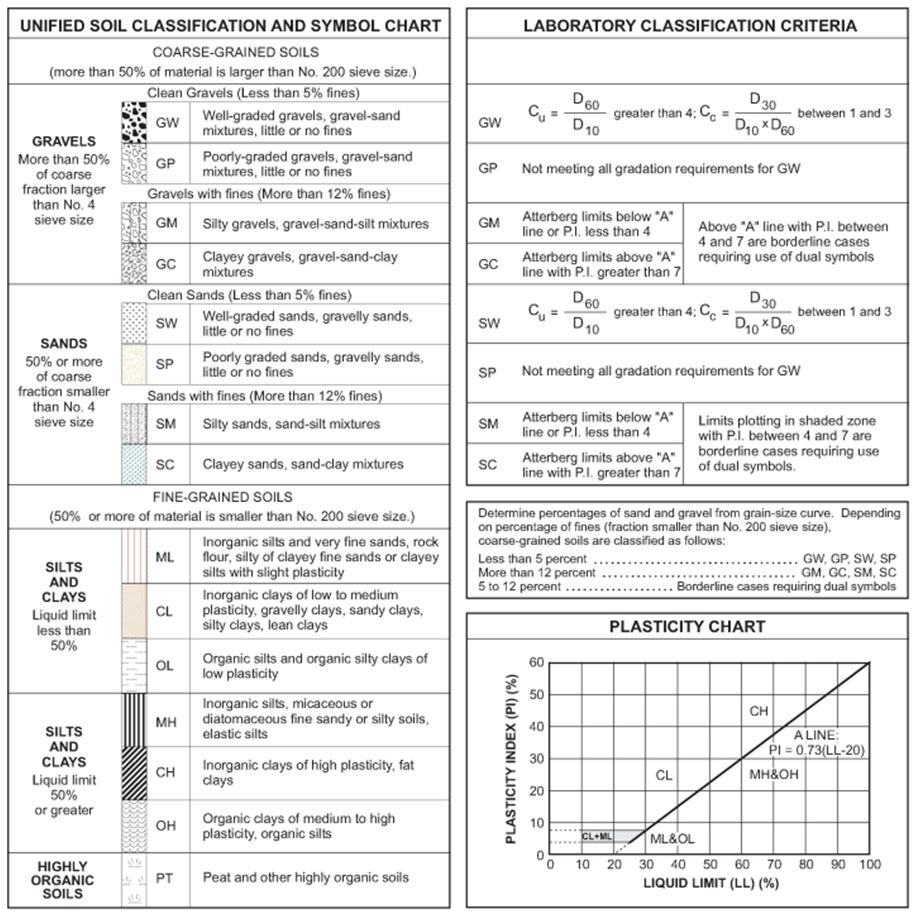 Soil Type Overview
The most utilized system for defining soil types is the Unified Soil Classification System (USCS) as referenced in the typical USCS classification chart above.

Classification Chart
Soils are classified using a two letter system. The first letter designates the soil type, and the second letter of the designation indicates a characteristic of the soil type.

Soil is considered well-graded if a wide range of particle sizes is present, and poorly-graded if soil particle sizes cover a small range of sizes, or there is a gap in the range of particle sizes present. Sand with particles of approximately the same size, for example, would be considered poorly graded sand with the classification SP. Coarse grained soils with moderate amounts of fines present (particles smaller than 0.075 millimeters (0.00295 inches) may have dual symbols, i.e. poorly graded sand with silt with the USCS classification SP-SM.

In addition to soil encountered during a geotechnical investigation, bedrock may be encountered within the depth of exploration.

Soil and Subgrade Properties
Soils are classified for pavement construction in order to predict subgrade performance. The primary properties desired in soils beneath pavements are strength and proper drainage. Strength or volume changes related to moisture, resistivity to frost action, and compaction characteristics are important to understand and address as necessary to allow for good construction and future pavement longevity.

Proper pavement design requires the evaluation of soil properties in more detail than is possible solely using the general soil classification. Within a particular soil group, the strength of the soil is a function of the density, void ratio, and moisture content. Fine grained soils are more easily influenced by differences in the properties, such as moisture, than coarse grained soils.

Since pavement and base course thickness design depends on the strength of the completed subgrade, the soil should be tested for this information. Soil tests are able to determine bearing capacity related to the moisture and density of the soil. The lower the bearing capacity of a soil, the less strength it has to support the pavement structure; therefore, a thicker pavement cross-section would be necessary.

Closing
All pavement systems are constructed on earth and practically all components are constructed with earth materials. When these materials are bound with asphalt or cement to form surface layers, they take on a manufactured structural component that is relatively well understood by pavement designers. However, in their unbound state, the properties of these “geotechnical” materials can be extremely variable. Often the earth provides inferior foundation materials in their natural state, but replacement is often impractical and uneconomical. As a result, the design engineer is often faced with the challenge of using the foundation and construction materials available on or near the project site. Therefore, designing and building pavement systems requires a thorough understanding of the properties of available soils and rocks that will constitute the foundation and other components of the pavement system.

Portions of the Subgrade Impact to Pavement Performance, Subgrade Improvement and Amendments and Soil Type Overview sections contain references and information from:

Back to Resource Center